Travelling regularly backwards and forwards to Leicester my obsessive nature was drawn to a particular line of trees and to another more randomly placed set.   One was orderly in every visual aspect, the train from which they were viewed plodded along, they were neatly spaced, had beautiful round shaped domes on top of elegant trunks.   The other appeared completely in disarray with tall bent trunks and straggly, shaggy windswept tops and often hardly made it into the frame as the train was the High Speed.   I photographed both sets over and over in a compulsion that came from deep within me, the images lie condensed as pixels within an external hard drive, unvisited, unused and becoming a fading memory along with the journey to Leicester.  One day I'll resurrect them and make them into the video I see in my mind.

For now though my sight is taken up once again with the sea, remember Sea Piano Fret?  My obsessiveness has turned its attention back to the waves.   I've watched them for years now, at night when the moon is full it casts an electric blue light as though rushing through the crest when the tide is full, fat and seemingly slow.  I've watched them crashing into the shore when a man stands precariously on the concrete groin opposite my window.  I've dreamt about them.  Lately I've been watching them up close, fascinated by the fact that some do actually seem to be retreating from the land, while others appear to want to devour it.

I'm not the only obsessive one, of modern day observers of the sea here are two: Susan Collins set up webcams across the south coast and observed the tides roll in and out pixel by pixel.  Catherine Yass made the film 'Lighthouse' (the Royal Sovereign Lighthouse located five miles out to sea off the coast from here and visible from my windows) disrupting our spatial awareness with the camera movement, I watched it again and again.

The sea right now is ever so slowly revealing some of its secrets, it's a bit scary though.  Placing myself in precarious positions and catching myself jumping with fear at just the right moment to avoid being consumed by it is no fun and stupid at best.   I found a copy of George Knight's 'Photography Hints & Tips' - the special limp edition of 1971 which expressly tells me on page 34 'At the coast' ... Take great care of your equipment on the beach, and protect it from sand particles and salt spray by keeping everything (yes - the ever-ready case as well!) in a polythene bag; never leave it lying in full sunshine, whether it is loaded with film or not...  Well I've exposed my film-less, bag-less equipment to salt, sand and sun and hope to goodness it'll still function once those evils have done their worst.

And after all that scariness (I'll show you that later) here is a relaxing, gentle shot. 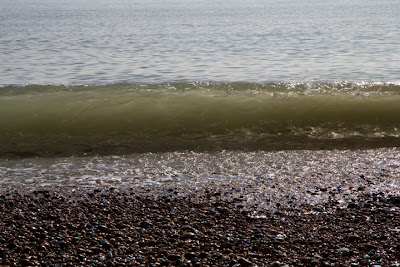 Posted by Lucinda Wells at 11:23 PM No comments: Links to this post

Tut, how did that happen? 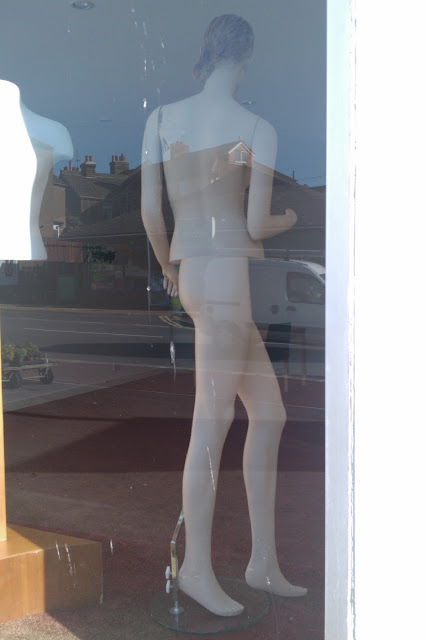 Posted by Lucinda Wells at 10:04 PM No comments: Links to this post