The Greatest Thing Ever Known

Hmmm, it's been a while I know.  Remember my post about warm Italian air?  Today I found a book that looked really promising (imagine something so promising yet only costing £2, which is very nearly the bus fare one way into town) but, being wrapped in its original sealed film, is tantalisingly inaccessible. 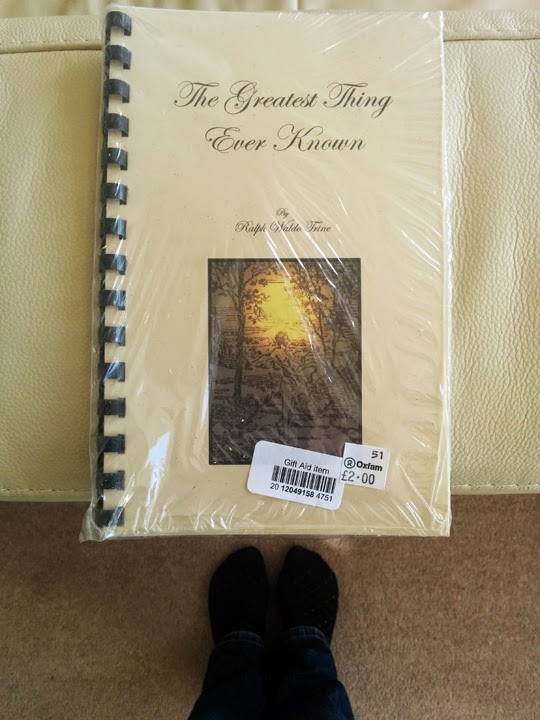 Googling tells me that it was originally published in 1898 and that this copy was probably published nearly a hundred years later, that's longevity for you.

I can't bring myself to unwrap it on account of the potential to be disappointed.  Does that point to a poor attitude?  Possibly.  But to discover that The Greatest Thing Ever Known wasn't would be a bit like finding out that I didn't like Limoncello after all.

Meanwhile new work is emerging from the depths of my consciousness around the idea of air.

Posted by Lucinda Wells at 2:27 PM